There seems to be quite a disturbing trend in the bathhouse world these days. Which is the amount of Gay Bathhouse Raids taking place. This past August two Lebannon saunas were raided. While in October a Bankok sauna suffered its own Gay Bathhouse Raids.

Now we have a third raid, this one happening in Egypt. This is a country that is quite morally conservative, with discrimination being rampant. As a result being gay is not specifically against the law in Egypt. But law enforcement gets around that rule, by arresting LGBT people for crimes like debauchery, immorality or blasphemy.

Mona Iraqi, a journalist working on the story, posted proudly about the raid on her Facebook page — along with still shots. Sample of what she wrote (with translation by LGBTI campaigner and Middle East expert Scott Long) below along with the pictures 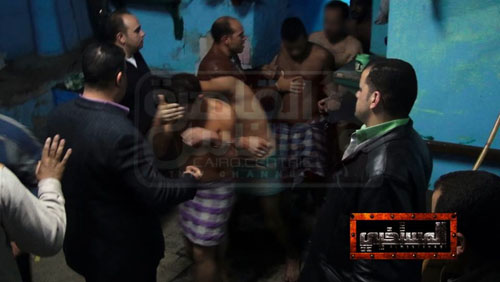 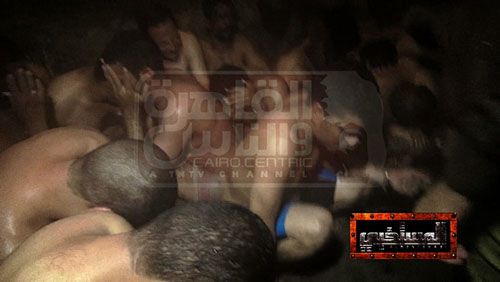 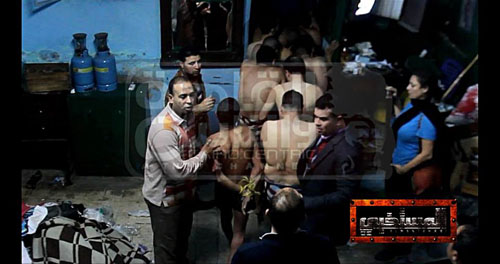 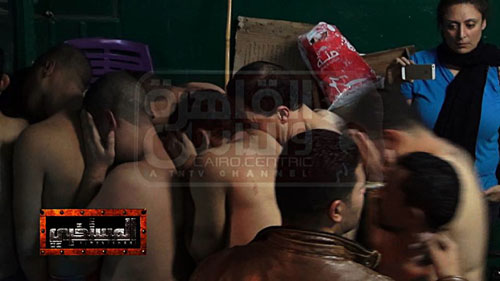 ‘With pictures, we reveal the biggest den of group perversion in the heart of Cairo. In the bath, there are spaces for group perversion… Police arrested the men who were in the baths, caught in the act during a group sex party. They also arrested the head of the den and all the workers. They were immediately transported to the prosecution with no clothes. Their clothes were taken as evidence in the case. ‘The El Mostakbai program will be shown next Wednesday (December 10): the whole story of the dens for spreading AIDS in Egypt.’

The homophobia this woman is spreading is truly horrifying. In one of the pictures above it seems to be here recording this raid. Fortunately you can tell her exactly what you think! If you want to drop Mona a friendly line her personal Facebook page is here. With her other fan page is here. Send her a message on behalf o fyour gay brothers in Egypt

UPDATE: Three suspects among the 21 young men arrested at a Cairo bathhouse were found to be sexually assaulted according to Egypt’s official forensics authority. Medical examinations indicate that unconsensual sexual relations took place.